(We occasionally have to amend or cancel a confession time due to conflicts with liturgical celebrations. Known scheduled cancellations are posted in the weekly bulletin.)

In the Sacrament of Reconciliation we approach God and encounter His love and mercy. Our sins damages and divides all of our relationships: our relationship with God and with our brothers and sisters. When we go to confession we acknowledge our sinfulness, but we do not despair. We approach God humbly, asking forgiveness and God’s divine mercy is poured upon us. We are forgiven and then we go out resolving to “sin no more.”

First Reconciliation is made by children during their sacramental preparation through Restored Order.

“Those who approach the sacrament of Penance obtain pardon from God’s mercy for the offenses committed against Him, and are, at the same time, reconciled with the the Church which they have wounded by their sins and which by charity, by example, and by prayer labors for their conversion.

It is called the sacrament of conversion because it makes sacramentally present Jesus’ call to conversion, the first step in returning to the Father from whom one has strayed by sin.

It is called the sacrament of Penance, since it consecrates the Christian sinner’s personal and ecclesial steps of conversion, penance, and satisfaction.

It is called the sacrament of confession, since the disclosure or confession of sins to a priest is an essential element of this sacrament. In a profound sense it is also a ‘confession’ – acknowledgment and praise – of the holiness of God and of His mercy toward sinful man.

It is called the sacrament of forgiveness, since by the priest’s sacramental absolution God grants the penitent ‘pardon and peace.’

It is called the sacrament of Reconciliation, because it imparts to the sinner the life of God who reconciles: ‘Be reconciled to God.’ He who lives by God’s merciful love is ready to respond to the Lord’s call: ‘Go; first be reconciled to your brother.'” (CCC 1422–1424)

(We occasionally have to amend or cancel a confession time due to conflicts with liturgical celebrations. Known scheduled cancellations are posted in the weekly bulletin.) 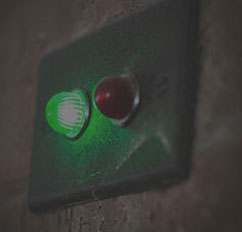